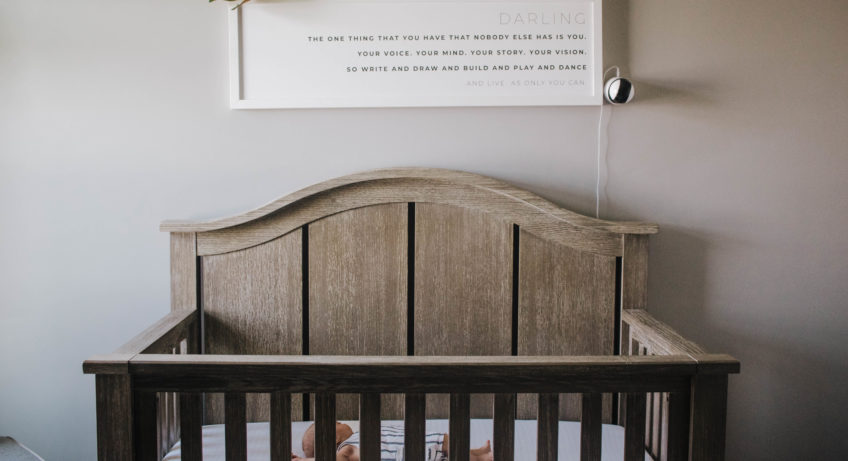 Before I became a parent I always thought moms were exaggerating when they said their first instinct was to make sure their baby was still breathing if they slept through the night. And then my daughter slept through the night at 7 weeks old. When I woke up after getting a long stretch of sleep for the first time in almost 2 months, my first thought was indeed ‘Oh no, is she still breathing?!’

And then I understood.

The fear that something might be wrong is real. You’re not paranoid if your mind assumes the worst first. It’s totally normal. And that sense of worry is only heightened if you’ve also experienced a loss.

My first pregnancy resulted in a miscarriage. It’s something that changed me forever. My outlook on life was different. I became much more appreciative of my friends and family who helped me through that difficult time. I didn’t sweat the ‘small stuff’ anymore because the little things that used to cause me worry were so insignificant when compared to losing a child.

Then I got my rainbow.

I was so relieved at my 6-week ultrasound to see that tiny beating heart. And again at 10 weeks. And every appointment after that. My baby girl appeared to be healthy and well at every OB appointment I had, but I knew I wouldn’t feel at ease until she was safe in my arms.

But I was wrong.

Even though Calista was perfectly healthy, having her in the outside world was a lot scarier than when she was safe and cozy on the inside. In just her first day of life we heard ‘back is best’ no less than a dozen times. No blankets in the crib. Keep an eye on the temperature. Limit visitors. Make sure everyone washes their hands and is up to date on their vaccines. I felt like I had so much to worry about when I was pregnant, but it was nothing in comparison to what I worried about after she was born.

We managed to survive the newborn stage. And the infant stage. And we’re in the thick of the toddler stage. (If you’re reading this…send wine.)

When I found out I was pregnant again, there were a few things (okay, a lot of things) I knew I wanted to do differently. Since we were having another girl, there weren’t many things we had to buy since most of what we had could be passed down. Our list for the new baby was very short: diapers, a double stroller and a video monitor.

We didn’t use a video monitor with Calista and it was something that I really wished we had splurged on. We also didn’t use any sort of monitoring device because I was skeptical about their claims. Plus, both of these things came with a hefty price tag.

Then I discovered Smart Beat.

When Nate Ruben (founder of Smart Beat) and his wife welcomed their first child four weeks early, they worried like all parents of preemies do. And like all first-time parents of any age baby, that worry only intensified when they brought that brand new baby home. As difficult as it is to be in the hospital, you’re surrounded by a small army of people who can jump in and help at a moment’s notice should you need it.

That sense of security is gone when you go home. There are no monitors. No call buttons. Nobody to keep an eye on the baby while you get some much-needed rest. Nate knew there must be something he could do to provide parents with the same peace of mind they have while in the hospital.

And Smart Beat was born.

It’s a video monitor and breath detection monitor in one. With the ability to detect movement too small to be seen by the human eye, it checks two million pixels for any changes in color – and does so twenty times per second. What does this mean? Smart Beat can detect even the slightest movement, including the rise and fall of your newborn’s chest as they breathe. And it alerts you if it senses a change or stop in this movement. No other monitor on the market can offer the features that Smart Beat does.

We’ve been using the Smart Beat monitor for a few weeks now with Camila, but it only took a day to know that monitor is worth every penny.

Set up was simple. After downloading the free app it walks you through the process step-by-step. Smart Beat uses your phone as the parent console so you don’t have to carry around an extra device when you’re monitoring your child. We even added the app to a tablet so that if anyone else is watching her, they can use the monitor as well. There is also an option to allow guest access.

When the monitor detects that breathing has stopped or become irregular, you’ll receive a notification on your phone (or tablet). And if your phone is in sleep mode or the ringer is off, you’ll still be alerted.

The high quality HD video is incredible. From the app, you have the ability to pan the entire room (helpful when I suspect that my toddler has snuck in to her little sister’s room). The two-way audio function allows you to both hear and respond to your child, without the disruption of walking into the room (helpful when I need to tell my toddler to get out of her little sister’s room).

Some of the other features include:

With Smart Beat there are no monthly subscription fees. There are no batteries to recharge, no disturbing your baby to attach a device and no risk of it falling off. And unlike wearable breath detection monitors, you’ll actually be able to use it well beyond the infant stage. It makes a great nanny cam or use it to keep an eye on your pet while you’re away at work. 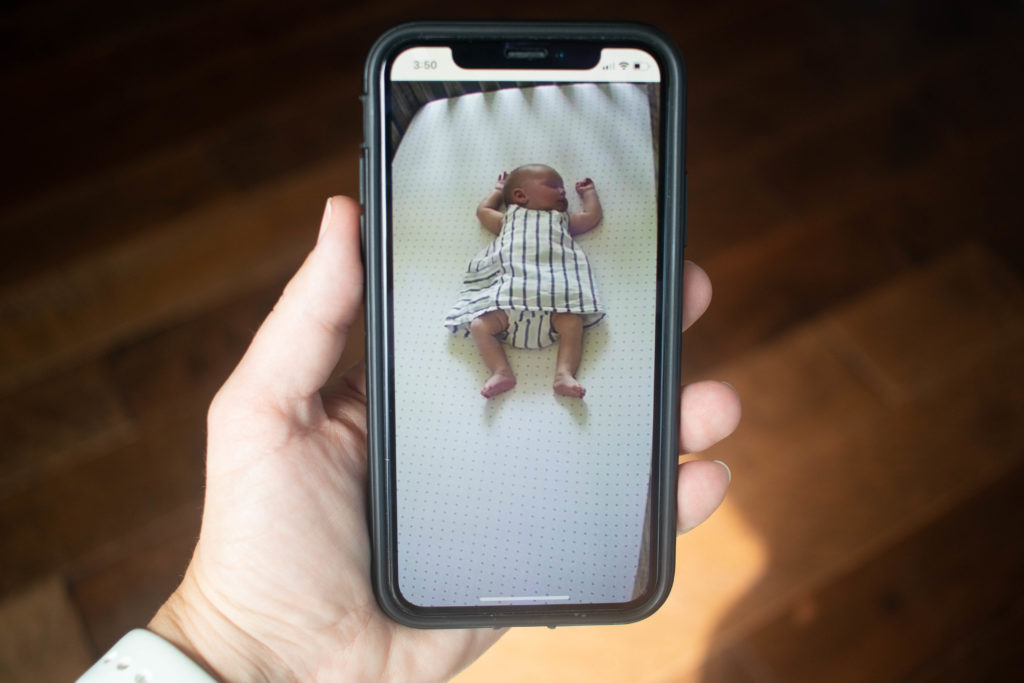 Being a parent is hard.

Smart Beat makes it possible to breathe (and sleep) a little easier.

This post was written in collaboration with Smart Beat. All opinions are my own.