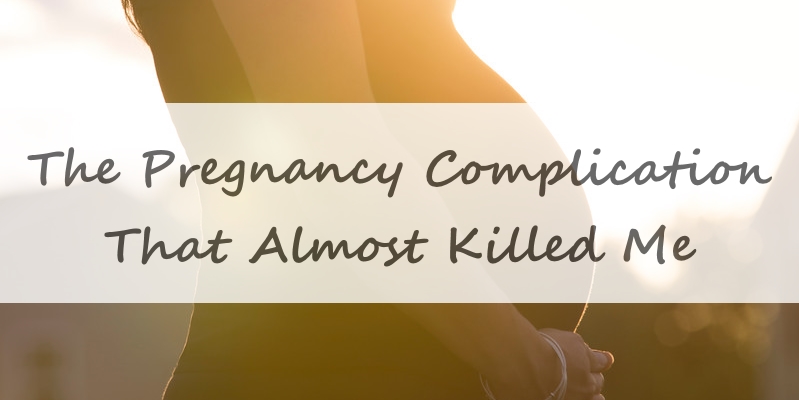 Hypercoagulable state. To the average person this probably sounds like gibberish. But if you’ve ever been pregnant, you’ve had this condition.

So what the heck does it mean? A hypercoagulable state means you are at an increased risk for developing a blood clot. So why didn’t anyone mention it to you during your pregnancy? Because even though pregnancy increases your risk 5-fold over a non-pregnant state, it only happens in less than 2 out of every 1,000 pregnancies. But it remains the number one cause of maternal death.

Why does it happen? The body is smart. Your risk for bleeding after delivering a baby is high…if you’ve ever given birth you know it can be a pretty traumatic experience. During pregnancy the levels of some of your clotting factors rise (up to three times their normal value) in order to prevent postpartum hemorrhage. This, combined with the increase in blood volume that also occurs during pregnancy makes the state of being pregnant a significant risk factor all by itself.

There are plenty of other risk factors, too:

Before my pregnancies I was quite literally the healthiest person I knew. I took no medications aside from my prenatal vitamin. I had never been hospitalized. Never had surgery. No allergies. Not even so much as an antibiotic since I was in elementary school. I exercise regularly. I eat a healthy, well-balanced diet. My medical history looked like a blank piece of paper.

So blood clot was the very last thing on my mind (and my OB’s mind) when I started having pain in my groin area. It was right where the round ligament (one of the ligaments that attaches to the uterus) lies and discomfort there is very common, especially as the uterus grows. I stopped running, because that was what seemed to really irritate it, and for two and a half months I went on enjoying what I thought was an uneventful pregnancy. My husband and I took a ‘babymoon’ to The Bahamas and while the pain nagged me a bit, as long as I didn’t try to run or walk long distances I was able to go about my business.

Then one day, somewhere around 28 weeks, the pain became unbearable. My leg was swollen. It was just before the 4th of July, and as luck would have it for this first-time mom it was also the hottest summer on record. It had to be pregnancy swelling right? I had a routine OB appointment in a couple of days and figured I would just wait until then to have it checked out. There’s no way I had a blood clot, at least that’s what I kept telling myself.

The doppler that my OB sent me for STAT said otherwise. Not only did I have a blood clot, but because it had been growing for so long it was the largest clot the radiologist who reviewed my scan had ever seen – an no offense to him, but he looked pretty seasoned. He had definitely seen his fair share of blood clots. The vascular surgeon who was called in to see me in the hospital was a bit surprised as well. My leg was a little swollen, but not at all to the degree that it should have been as suggested by my scan. I didn’t feel so bad then for not recognizing that I had a clot right away.

So the rest of my pregnancy was tainted with twice daily injections of a blood thinner, which left me bruised and sore. It meant more doctor’s appointments, as if going to the OB wasn’t enough – I now had to follow-up with the vascular surgeon and a hematologist. Despite the suggestion to go on bed rest I begged and pleaded to be allowed to return to work. I had saved all of my vacation time so that I could tack it on to the end of the joke of a 6-week maternity leave we get here in the US, and I did not want to take that time away from my daughter. I wore the ridiculous full length compression pantyhose (yes, even in the dead of summer), I stayed hydrated, I elevated my legs when I could and I poked myself twice a day, everyday. (Except for one day when I simply couldn’t bring myself to do it – I just couldn’t). Despite all the physical effects that blood clot had on my body, the mental toll it took was a far greater struggle for me.

My first pregnancy resulted in a miscarriage. Wasn’t that enough? I was already struggling emotionally with this pregnancy, I didn’t feel as connected as I thought I should. Part of me wanted to fast forward to the part where I got to hold my beautiful baby girl. Because no matter how far along I was, no matter how many ultrasounds I had showing a healthy, growing baby, I knew I wouldn’t ever really feel ‘okay’ until I was holding her in my arms. Now the end really couldn’t come soon enough.

It wasn’t until well after my daughter was born that the severity of that clot really sunk in. I think my brain just couldn’t handle any more bad news and in order to keep me mentally sane I blocked out the real truth – that clot could have, and probably should have, killed us both. Clots much smaller than mine have caused what ultimately leads to maternal death due to a clot – pulmonary embolism (a blood clot in the lungs). Since it wasn’t obvious I had a clot when the symptoms started, I did a lot of things I shouldn’t have. I got a prenatal massage. I TRAVELED with it! Seriously one of the biggest no-no’s when it comes to blood clots.

But here I am. Alive and well. (As well as any sleep-deprived mom with a crazy, teething toddler can be that is). Repeat scans show absolutely no trace that I ever even had a clot, something that my vascular surgeon still doesn’t believe.

So why share this story? Because blood clot risk is real when you’re pregnant. Even if you’re young and healthy. Even if you’re active. Even if you’re otherwise very low risk. Don’t shrug off any pain as ‘pregnancy pain’. Don’t think swelling is just ‘pregnancy swelling’. Know the symptoms and take them seriously, especially if you have any of the additional risk factors.

Symptoms of DVT (blood clot in the leg):

Symptoms of PE (blood clot in the lung):

Don’t ever hesitate to call your OB – that’s why they’re there, that’s why they work outside of normal business hours. Because emergencies happen. These are symptoms you never want to ignore.