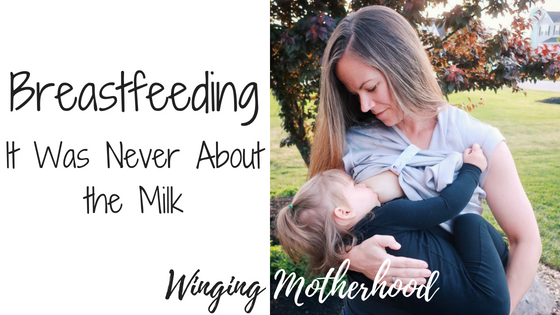 Ask any mom and she will tell you that becoming a mom for the first time was one of the most overwhelming moments in her life. There are the expected challenges: growing the tiny human for starters. That in an of itself is something that continues to boggle my mind. And I’ve done it. Watching through ultrasound that itty-bitty bean develop into a full grown newborn. ‘Breathing’ fluid. Growing limbs. Developing organs. Kicking and tumbling. Responding to touch and sound. I don’t know that anything more amazing exists in the world than growing another person.

And then there’s bringing that beautiful baby into the world. Maybe I misspoke before. THAT is the amazing part. They don’t call it a miracle for nothing.

And then you have to raise said tiny human. Regardless of your parenting style, one thing all new moms can agree on is this – the number of decisions you have to make as a parent is astounding. I recently read an article about the invisible workload of motherhood and how it’s slowly killing us. It’s not just the physical tasks we do as moms that render us exhausted at the end of the day. Don’t get me wrong…lugging car seats, dragging the diaper bag, wrestling a toddler into (or out of) the bathtub, calming a colicky newborn, packing lunches, chauffeuring back and forth to school, soccer practice and birthday parties, laundry (oh the laundry), washing the bottles and pacifiers and sippy cups…it’s a lot. But the bigger burden lies within the mind of the mom. All of those decisions we have to make day in and day out. And the second guessing when we do finally make a decision. The feeling that we’re screwing it all up despite our best efforts. That’s what wears us down.

I read all the books. I joined all the mom groups. I asked a lot of questions. And when my daughter finally arrived I still felt like I had absolutely no idea what I was doing. Not a clue. But there was one thing I knew for sure.

I wanted to breastfeed.

I was determined that we would figure it out. I knew a few people that tried so hard, but were unable to produce enough milk and this made me nervous. Just because it’s ‘natural’ doesn’t mean it comes easy. It’s quite easily the most difficult thing I’ve ever done. As a healthcare professional I knew about the health benefits of breast milk for my daughter. I even knew about some of the benefits it would offer me. But what I didn’t realize is that breastfeeding wouldn’t be about the milk. Not entirely.

Yes, it provided the perfect, customized nutrients for her. It was her sole source of nutrition for the first 6 months of her life. It kept her healthy despite being born in the fall, smack dab in the middle of flu season and holiday time when we did a lot of visiting with friends and family. To this day, almost 2 years later, she’s only ever had well visits at the pediatrician’s office. *knock on wood*

But you know what. There are just as many, if not more, formula-fed babies that do perfectly fine. They’re healthy and happy. And they’ve never had a drop of breast milk.

Tomorrow my daughter will receive her last 8 ounces of breast milk at the sitter’s house. I stopped pumping just after she turned a year old. I donated about 4,000 ounces of milk during that time and thanks to an abundant milk supply I still had a nice freezer stash for myself. For the past 9 months I’ve been sending a bag a day, and today I pulled out the very last one to thaw. I almost put it back, not ready to let it go, not ready to mourn the end of this chapter of our lives. She is nursing at night maybe every other day now. We’re at the ‘don’t offer, don’t refuse’ stage but last week it had been almost three days and when I offered, she declined (but happily asked an hour later…phew). I don’t know how much longer our nursing relationship will last, but it feels like the end is near. And it’s hitting me hard.

It wasn’t until about 8 months in that I realized breastfeeding (for me anyway) wasn’t really about the milk. There are plenty of ways to provide nutrition for a child. You do what’s best for you and your family. Like I’ve said before…

You do you, mama.

Around that time, 8 months in, I shared a post on Facebook about how pumping at work sucked and a coworker (who had children, but didn’t breastfeed) replied that she thought I ‘had it pretty good’. Mind you I didn’t have a lactation room or a separate fridge to keep my milk in or a separate sink to wash and dry all my pump parts. I had to hope there’d be a vacant office so I could sit on the floor and pump in a room with a door that locked. If not, I went to my car. If  a surgery took longer than expected, I had to wait until we finished because there wasn’t anyone that could step in to replace me so I could go pump. If a patient showed up late for their appointment and the visit ended up running into my pump break, I didn’t get a pump break. (So when you think it’s no big deal if you’re 10 minutes late for an appointment, it might actually be a big deal). But my coworker’s sister worked for a company that made it very difficult for her to pump at work. She was forced to use a dirty bathroom and had male coworkers who made her uncomfortable. Awful, I know. And I was grateful to have the accommodations I did have. I know it could’ve been much worse. That’s when I had a revelation: I don’t care if you provide me the freaking Buckingham Palace to pump in, pumping sucks. Because breastfeeding isn’t just about providing milk for your child.

I never expected to be so passionate about breastfeeding. That might be what surprised me most. (And that’s saying a lot because I was also not prepared for cracked nipples, cluster feeding, clogged ducts, mastitis, teething…). I have plenty of friends and family members who breastfed and for most of them it was just something that they did, part of the gig. They didn’t talk about it. They didn’t share articles or promote it in anyway. They didn’t nurse in public. They didn’t treat it as anything other than a way to feed their babies. Some of them even mentioned how much they dreaded it and how glad they were to be done with it. And that’s okay, everyone’s experience is different. But it was a little different for me, and through support groups I found my tribe. My tribe of breastfeeding moms who felt the same way I did about breastfeeding.

Breastfeeding made me feel so proud.

My daughter grew for 6 months thanks solely to the milk my body produced for her. She gained 11 pounds. She grew 7 inches. She achieved a lot of milestones. And we helped to feed a lot of other babies through milk donation. We introduced solids after 6 months, but her primary source of nutrition continued to come from breast milk long after that.

Breastfeeding allowed me to connect with my daughter in a way that I don’t think would’ve been possible otherwise. It’s not to say that formula-fed babies don’t have a bond with their parents. Of course they do! But when she was hungry, she looked for me. When she was tired, she looked for me. When she was hurt, scared, cranky or just feeling snuggly, she looked for me, and continues to do so even now. Breastfeeding provides something that a bottle or a pacifier just can’t replace. As exhausting, frustrating, inconvenient, time-consuming and sometimes painful as it was, I wouldn’t trade a single one of our nursing sessions, though there are a few times when I had to pump at odd times and in awkward places that I’d prefer to forget.

Breastfeeding isn’t about the milk.

That’s why any mom who is pumping, regardless of where she pumps or how accommodating her employer is, doesn’t ‘have it good’. Don’t ever tell a pumping mom that. Most of us would much rather be home, nursing our babies the way God intended. I loved my Spectra breast pump and Sarah Wells bag that I toted it around in (as much as one can love a pump and a bag) but I’d have gladly traded them for actual breastfeeding sessions with my little girl every single time. Exclusive pumping moms are real heroes in my eyes. They do all of the hard work without reaping so many of the benefits that come with it.

It bothers me when I hear moms being accused of acting as pacifiers for their children. I was appalled when a friend said that her pediatrician accused her of this. Pacifiers were invented as a substitute for the breast, not the other way around.

When my daughter would get milk drunk and fall asleep in my arms. Or stop halfway through a nursing session just to smile at me, and then continue on. When she would be instantly soothed by the warmth of my body against hers. Those are the moments I miss the most. Those moments made possible because of breastfeeding, not the milk, but the act. Breastfeeding wasn’t just a way to nourish my daughter. It nourished me, too. It defined me, not only as a mom but as a person. It’s hands-down the most selfless thing I’ve ever done and the biggest sacrifice I’ve ever made. And now that this journey is almost over for us, I’m feeling a little lost.

As much as I’d love to hold onto that last bag of milk, it’s not going to do anyone any good in the freezer. She’ll drink it tomorrow and continue to nurse until she decides she’s ready to be done. And when that happens I’ll do my best to keep it together…with the help of my mom tribe…and maybe wine.