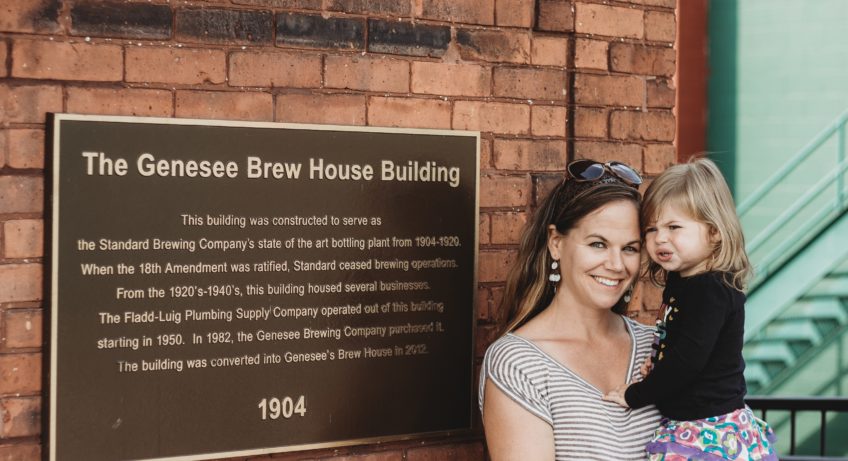 Unless you’re twelve years old, you don’t consider 35 old. But in the world of pregnancy, 35 puts you in a special category – advanced maternal age. It’s a really nice way of calling you an old mom. At least it’s a little less extreme than the former term ‘geriatric pregnancy’. Geriatric? Really? How was that term ever allowed to be used?

The average age of first-time moms keeps climbing here in the US. At 32 I certainly wasn’t the first among my friends to have a baby, but I wasn’t the last either. Now that a couple of years have passed and we’re thinking about promoting our little lady to big sister, I’ll either be a very old 34, or a fresh 35 when we do have baby #2. And there’s nothing geriatric about me, thank you very much. Go ahead and use whatever term you’d like, but advanced maternal anything is not something I’m going to use to describe myself.

As much as it killed my ovaries to see some of my friends become moms when I was in my twenties, I knew I wasn’t ready. I was finishing my master’s degree, my husband and I weren’t even engaged yet, and I had things I wanted to do. So I did them. And I’m really glad that we waited. My husband and I got to enjoy our twenties. We went to sporting events, took impulsive weekend road trips and have been to Las Vegas more times than I can count on one hand. We didn’t have to scramble to find a sitter because we got a last minute invitation to go out. We didn’t have to budget for diapers or car seats. We didn’t have to argue about who’s turn it was to soothe the screaming toddler in the middle of the night. I finished my master’s degree, started my career and was financially stable before we decided to start a family. Our first home is likely going to be our forever home because we built it with the intention of one day filling those bedrooms with tiny humans. (And also because moving sucks and I don’t ever want to have to do it again).

Having kids is hard.

Really freaking hard. Hard on you, hard on your marriage, hard on every single relationship you have. It’s so, so worth it, but it will test you in ways you never imagined. My first pregnancy resulted in a miscarriage. It devastated me and really put a strain on my marriage. I don’t know that I could’ve handled something like that at 25. I don’t know that my marriage would’ve survived something like that had we been 22 -year-old newlyweds, because we very well could have been. I was 19 when we started dating and people were asking where my ring was by the time I turned 21. What I do know is that at 31, I didn’t spend nearly as much time in the darkness as I would have if I had been 10 years younger. There’s a level of maturity that you can only achieve with age. Personally I didn’t think I handled it well, but grief is a nasty creature.

I thought I knew who I was at 21. Most 21-year-olds will tell you they’ve got it all figured out. If you asked me then where I saw myself in in 10 years I would’ve told you married with 3 kids. But I can honestly say I’m happy that that wasn’t the case. My relationship with my husband is solid thanks to the years we had with just us. We don’t feel like we missed out on anything, because we had a lot of fun in our twenties. We have enough in the bank that if something tragic were to happen, we’d be okay for a little while. Our daughter gets to grow up in a safe neighborhood in the best school district in the county. A lot of those little things that you worry about before you have kids only amplify when you do bring a baby home. So I’m glad we had at least some of our sh*t figured out before we decided to add to the chaos. There are plenty of other things to argue about when you become parents, but the big stuff, we don’t have to argue about that.

I actually kind of like it this way. It’s not to say that the moms in their twenties aren’t rocking it, because I know just as many young moms who are killing this motherhood thing (and making me look like a chump). My sister is 6 years younger than me and had two babies before I had my first. I admire her. Being an old mom doesn’t make me better. It doesn’t guarantee that you’ll have more figured out. But if someone is trying to convince you that waiting until you’re 30, or 32, or 35 to start a family is a bad idea because you’ll be too old, just tell them to mind their own uterus.

Geriatric pregnancy, I see you, and I’m coming for you. Hope you’re ready.